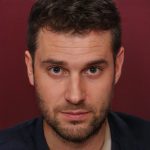 "Matthew’s journey to Las Vegas was a short one, given he was born in the city to a family who traced their roots back to the earliest settlement of the area. Initially, his focus was on moving elsewhere: while many pine for the wonders of Las Vegas, he sought to broaden his horizons.

Moving to NYC to study Journalism at NYU, Matthew initially thought Vegas would shift from his everyday reality to his hometown he only visited for Thanksgiving. But it didn’t take long for a hankering for home to arrive: as much as he loved the East Coast and everything it offered, by the time he graduated, the pull he had felt to leave Vegas seemed to be working in the opposite direction.

An initial return to live with his parents following graduation soon became permanent, as he started to write for local newsletters in the city and soon found his own home. Revelling in the weather, and seeing his home city through new, appreciative eyes, he sought to strengthen his expertise on poker, Blackjack, and roulette in his spare time. As his writing portfolio grew, he soon began to write about his hobby subjects too — and a vocation was born.

Ten years after he returned for a “short stay” after receiving his degree, Matthew is now firmly enmeshed in all things Vegas, and can’t ever see himself leaving again. With Las Vegas How To, he is able to combine his passion for writing with his love for Vegas, his rich history of gambling, and his homegrown expertise at the Blackjack, poker, and roulette tables."

Move to Top
Close
What happens in Vegas stays in Vegas 🌆 But not these super lit bonus offers 🔥 Don't miss out!
×
Your Bonus Code:
The bonus offer was already opened in an additional window. If not, you can open it also by clicking the following link:
Visit Site