Online Gambling Sites USA / ... / Las Vegas: How to get around

Getting around Las Vegas: How to Get Around? 2022

Cab, Airport Shuttle, Walking… the best means of transportation to explore the city The city is also known for stunning natural attractions such as the valley of fire, Lake Mead clear waters and much more. If you are planning to visit the city, then there is less to worry about. The people around there are known for their kindness, and unlike many other big cities, the security is assured by a well-organized government.

Read More
Casino of the month 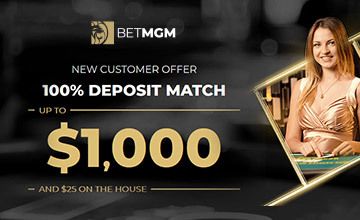 -
Social Casino of the month

Best Online Casino Sites in the US Housing millions of people, Las Vegas had to find a way to connect with the outside world. McCarran international airport operates international flights, inviting travelers from all corners of the earth. The Las Vegas airport is strategically positioned in the city, making it easy for people to navigate through it. You are assured of having a 15-minute drive from the Las Vegas airport to some of the most luxurious hotels around there. The airport is located 2 miles from Las Vegas Boulevard and 3.5 miles from the Convention Center. It offers nonstop services to more than 100 cities in the USA and a direct flight to Mexico. Ticket pricing varies with where you are from and the different classes on the plane.

The most convenient Las Vegas get around is the modern train system currently operating in the city. The Las Vegas monorail arrives at the station after every 8 minutes. The railway system was constructed to reduce the traffic flow of people around the city. This is an ideal mean for the government to save and collect revenue too. The rail fully operates on electricity with zero emissions, providing environmental friendly services. The rail connects seven active stations with an operation rate of 100% since its launching. The train operates from 8 a.m. to 3 a.m. on normal days and from 7 a.m. to 3 a.m. on Monday and weekends. Here is the fee to expect as a train rider in the city;

Residents pay 1 dollar per ride, and you can only have two tickets per day. Children under five years get a free ride making it convenient for family members.

Taxi is another common term in the Las Vegas transportation sector. It is a private means of transport where the driver takes to any destination of your choosing. The fee is charged with the time spent and is considered pocket friendly to many, not unless the traffic is against you. Taxis are restricted in many areas and can only make a stop on specific spots. If you are a stranger in the streets of Vegas, make sure to give clear information to the driver to save your penny and time. Swenson Avenue is the shortest route from the airport, so mention it to the cab’s driver. Las Vegas Taxi operates at any hour, so be sure to make it to your destiny with a taxi.

Rental cars are not much different to Las Vegas taxi services. Here, you hire a car from the car hire companies and drive yourself anywhere In the city. This is very convincing to tourist moving from a place to another in the town. Rental cars also seem to benefit family members or friends travelling together by slicing the travelling fee by almost half the price they could have paid on the bus. Some cars are even electric, so be sure to experience silence while travelling. The vehicles are digitalized with a Google map which directs you to various places in the city.

RTC bus system is the most common Las Vegas get around bus system in the city. Providing services along the strip and downtown and other surroundings, RTC is known as the most economical means of transportation Las Vegas offers. Unlike the tunneled railways, the bus gives you a chance to hop in and out while sightseeing. Las Vegas Deuce is a double-decker installed with air condition filters, controlling the temperature inside, which is essential for its 97 passages. The bus offers a wide range of view to the city, making it easy for strangers to master and locate where they are. Riders can purchase their tickets aboard a bus or in a vending machine positioned at every stop. Payments vary as follows;

Resorts, major tourist attractions also offer free rides along the strips to their customers. The purple bus is one of the Las Vegas get around shuttle service, leaving the Hard Rock Casino at 10:00 a.m. and 7:00 p.m. and makes stops at other various resorts. Shuttles are also available at multiple hotel chains, provided you don’t mind waiting for 30 or more minutes during peak times. It is the cheapest means of transportation Las Vegas has to offer.

Get used to seeing a convoy of limousines in the streets of Las Vegas. Unlike other large cities, limo’s get to serve you at a fairly low price. Here you get to enjoy life like a rich dude. This mode of movement is very common on major occasions where you want to travel as a group. With $10 per head, you get to leave an impression that your kids will live to narrate.

Many fear driving in large cities, avoiding taxes and fines. However, driving your car is very cheap in Las Vegas. Unlike the Las Vegas taxi, a personal car has no time restriction. This means that you can move any time, any place, with fuel being your only worry. In addition, Las Vegas parking lots are available for public use, making it easier to leave out of your car. Casinos and large restaurants also provide free parking for their customers.

Cycling is scientifically healthy for your body, plus faster than walking. You do not have to worry about the traffic since there are special paths designed for cyclist. Las Vegas provides free bikes placed at different stations in the city. This way, you can have a quick ride from one place to another without using a vehicle. Motorcycles are also largely used by both locals and tourists. The advantage of being a motorcycle is saving much time and riding in your comfort zone. Stressing yourself on how to travel in Las Vegas should be the last thing crossing your mind. There is so much to choose from while at the same time experiencing so much fun. Electric trains are some rare gems you shouldn’t take for granted. They are mainly found in those great European and emerging modern Chinese cities. With all this, Las Vegas is truly a place to be and be sure not to disappoint your expectation. 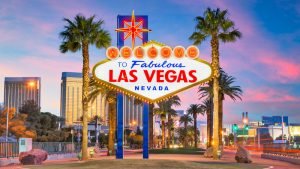 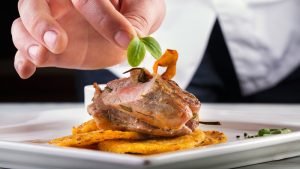 Las Vegas: Where to Eat 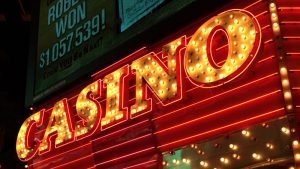 Las Vegas: Things to Do
Casino of the month

New Casinos
×
Your Bonus Code:
The bonus offer of was already opened in an additional window. If not, you can open it also by clicking the following link:
Visit Site